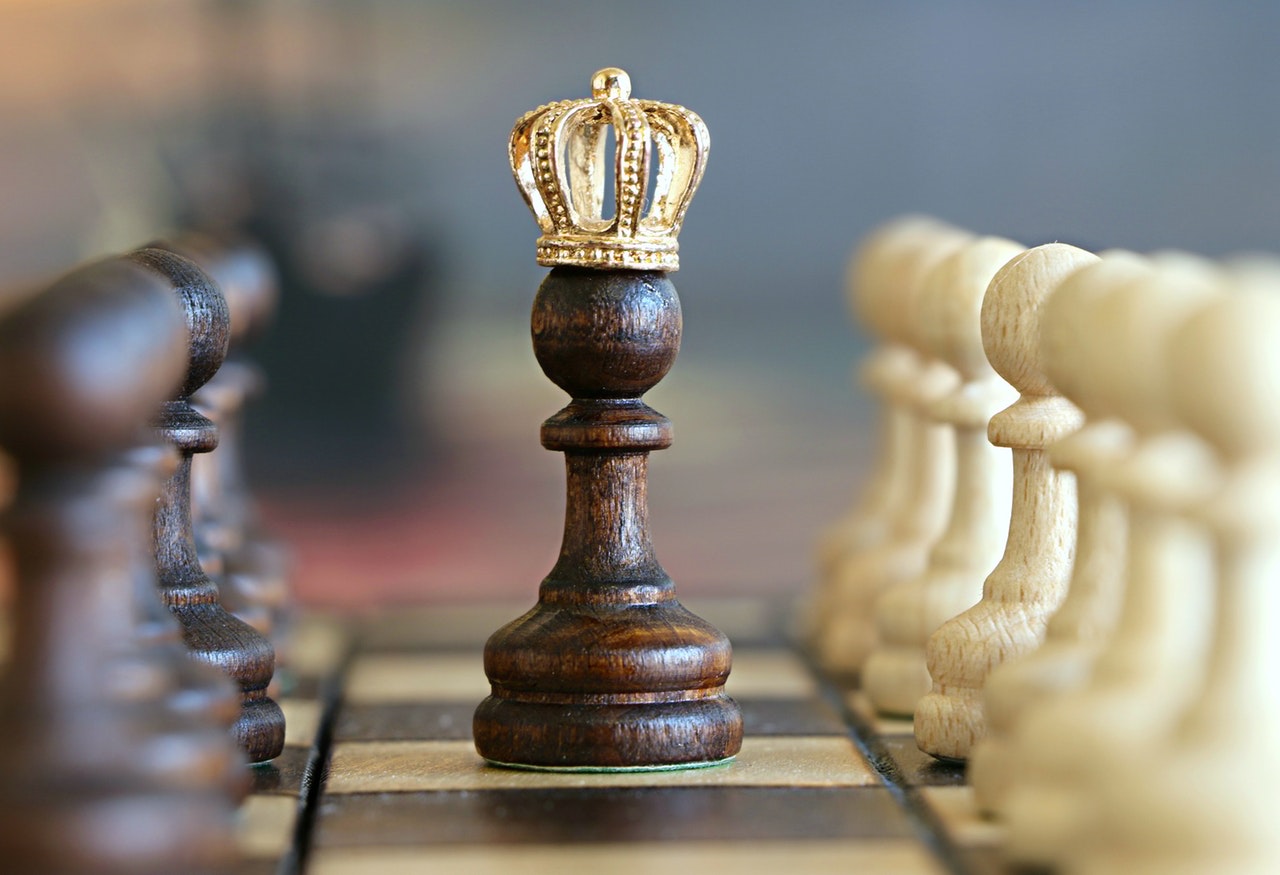 Leadership in an Indian Context

We had a  look at the Indian economic landscape and delved into globalization and cultural contexts. We now explore where leadership stands in an Indian context.

The full recipe for successful leadership requires culture-specific condiments. The main reason for this is that cultures differ in their implicit theories of leadership

With respect to decision making, the synchronized leader and the opportunistic leader typify two ends of a spectrum. Indian managers largely display an opportunistic leadership style showing initiative and flexibility & thriving in ambiguity. Highly individualistic and opportunistic they are also ambitious risk takers. 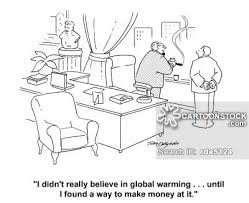 Germany, Denmark, Norway, UK & Asian countries with British influence namely India, Singapore, Malaysia, Hong-Kong show a strong leaning towards the opportunistic style of leadership. Compared to global norms Indians score higher on Ambition, Learning ability and Inquisitiveness & lower on Adjustment, Interpersonal Sensitivity & Sociability. As a nation, we are more cerebral and less social. This however might be truer for the urban conglomerates and not so much for the smaller businesses and informal set ups which still largely thrive on social relationships and form a sizable chunk of the informal sector.

Businesses face the challenge of scalability, estimating the time to scale and the value proposition they drive through the transition. It also tests their ability to keep abreast of the pace at which technologies are changing. India is not immune and the leadership. here constantly gets a gamut of complexities thrown in their path.

In India, the focus on growth has been so predominant that scant attention has been paid to developing the next generation of executives. A study conducted of over 500 Indian companies in 2012 forecast that by 2017 close to 20% of the top leadership positions in India would not find a suitable fit or would be taken up by executives not qualified for the position.

In a study conducted in 2017 by the Centre for Creative leadership, of 773 practicing managers from 7 different countries ( nearly 100 were from India) which represented diverse industries (communication, utilities, education, finance, insurance, banking, government, health, human services, manufacturing, retail trade, wholesale transportation) there were some clear challenges that were common to most. 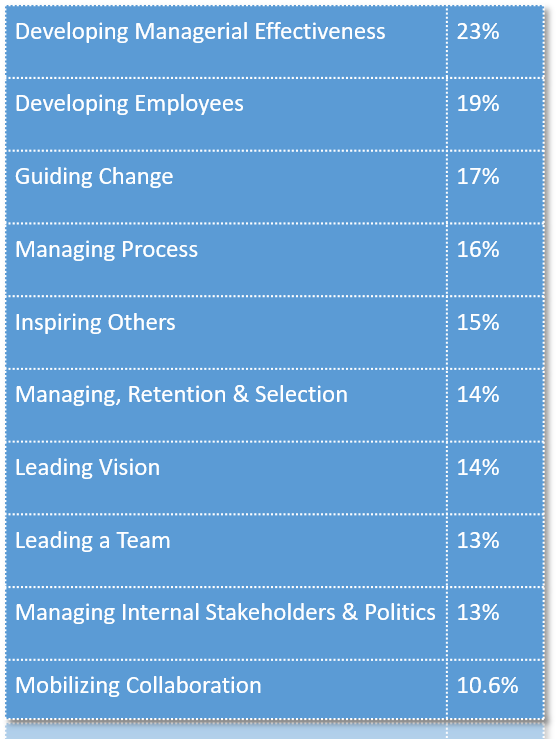 Developing managerial effectiveness ranked as the topmost concern for China, India & the US

Developing employees features amongst the top 5 for 6 out of the total 7 countries.

Developmental initiatives are more effective if they are in line with the challenges leaders face’ and they also point to the importance of keeping cultural contexts in mind while developing these programmes.

Apart from cultural trends, leadership needs to  take cognizance of the managerial practices in the given environment. A quick look at some of them. 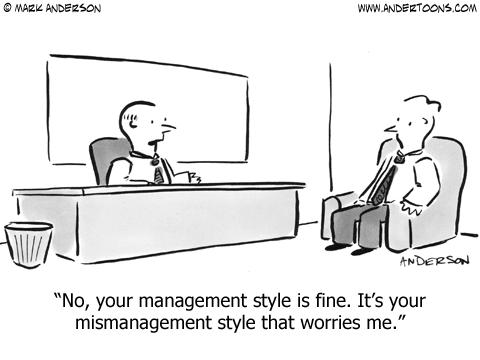 Most of the defining social and cultural contexts find expression in Managerial Practices in India. It could partly be an extended colonial hangover or strongly entrenched patriarchal sensibilities but most of the businesses follow a layered hierarchical structure which operates top down.

We can increasingly see a transitionary phase as the old guard hands over the baton to younger business leaders bringing in a norm more consistent with the global structures. Family commitments continue to be important & personal relationships are deeply valued in business.

Indians are tough negotiators. Most of the business deals are tightly negotiated and value for money is paramount in driving business performance. The individualistic streak amongst Indians precludes the need to develop relationships at the beginning of negotiations which works in favor of business talks. Pre negotiation relationships are not characterized by elaborate dinners or after-hours drinking, as is often the case in Japan. However the fact that relationships are less important at the onset of negotiations does not imply that the time required to complete the negotiation will be shortened. In the operational phase, relationships assume importance as trust forms the cornerstone of all dealings. At this stage relationships are instrumental in aligning expectations of all concerned and also indicate that the foreign investor is sincere to the Indian partner. 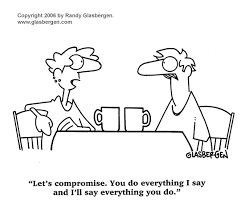 Post negotiations, contractual obligations might not enjoy the same sanctity as in some of the western countries. Indian businesses have had to survive chaotic conditions in the past. Inadequate infrastructure, judicial delays, political instability and nationalistic sentiments makes an average Indian businessman lean towards open ended commitments.

A look at some of the emerging trends will help adopt a more flexible approach towards these sensibilities. In the last part of this series we take a whistlestop tour of some of the Emerging Trends that are shaping the business environment in India. 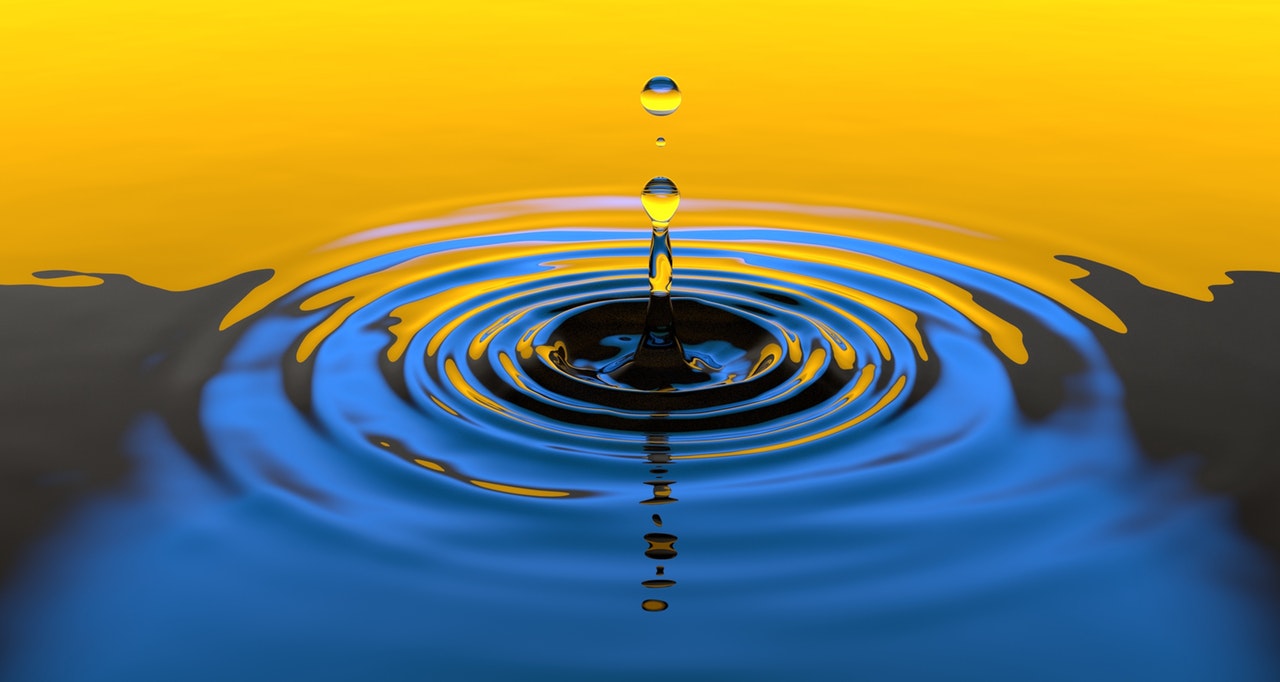 India is well on its way to becoming the most populous nation in the world by 2050. It can be a debilitating factor or a huge opportunity based on how our economic and technological growth shapes up. An aggressive North and a progressive South are shaping the country’s economy and wealth.

There has been a steady growth in focus on Automation and Technology as global businesses slowly withdraw the outsourcing trend which was dominant in the past decade. These are in all likelihood going to be the strongest growth areas in India. 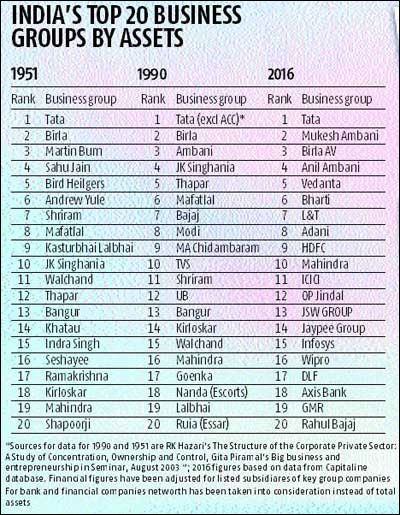 From a Business perspective, the strongest work ethics can be seen in family businesses which is also the fastest growing sector in India. 15 of the top 20 business groups in 2016 are family owned.

They generated a revenue worth Rs 18lakh crore in FY2016 accountingfor 84% of the combined assets of the top 20.

Though there is room for lot more representation, women are making rapid strides and taking on positions of eminence in diverse fields. The National Stock Exchange, Apollo Healthcare, Kotak Mahindra Bank, Biocon, IBM, Accenture, HCL Corp, Britannia, The State Bank of India, ICICI BANK, Lupin, LIC of India, VIP, Hindustan Unilever are some of the companies that have either a woman CEO or an MD at the helm. The glass ceiling does not seem to exist for these enterprising women. 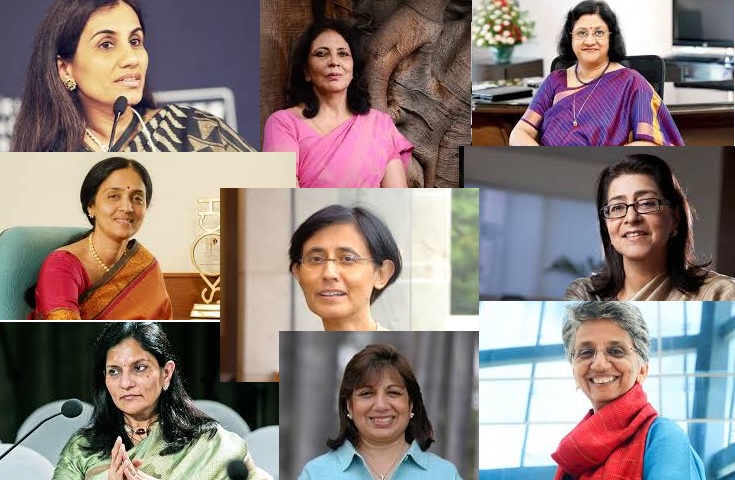 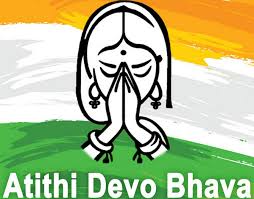 Indians respond with warmth, respect and courtesy and this reflects in global relationships as well. Family, religion, festivals, politics, cricket and Bollywood are at the core of its social life and they spill over into business as well. Most of the mega budget marketing is usually centered around these pillars. On a flip side, saying “No” outright affords deep challenge to an average Indian and this plays up to the detriment of a project timeline or a business. A “maybe” in India must be understood as a “No” most of the times.

A conversation on doing business in emergent India is incomplete without a reference to the rising force in the Indian working population, the Millennials. They would completely take charge of Indian business in the next 5-10 years and that definitely calls for a more nuanced understanding of them. At the last count India has a millennial.population of 700m, 65% of whom are below 35 and 50% below 25. The average age of an Indian by 2020 would be 29years. Highly entrepreneurial and confident, 65% of them favor jobs in Technology, Media or Telecommunications. With global aspirations, they are highly ambitious with little patience to get to the top. 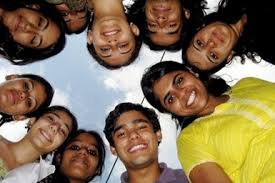 In his book The Millennials: Exploring the World of the Largest Living Generation HR professional, Subramanian S. Kalpathi, puts up a case for the Millennials when he observes ,”It  is true that millennials can be obsessed with themselves. At the same time their social consciousness provides an opportunity to engage them in organisational pursuits. The key is to identify a higher purpose for the organisation with which the millennials can identify. For example, Teach for India’s vision of “Each One, Teach One” has had a huge buy in amongst the youths many of whom give lucrative careers abroad to be involved in this mission.’

In Imagining India, Nandan Nilekani forecast that Indians growing up in post-liberalization India would be free of the legacy of the past and forge new paths. That definitely seems to be holding good. With none of the colonial hangover, they are confident, sometimes to the point of arrogance and synced in to where growth is.

True, doing business in India is almost like doing business with over 30 countries. There are huge challenges but for those who dare, the opportunities are many times over. Appreciating India’s strength as a storehouse of talent and innovation and a sound understanding of its social, cultural & management practices would be crucial for developing a lasting and fulfilling business in India. 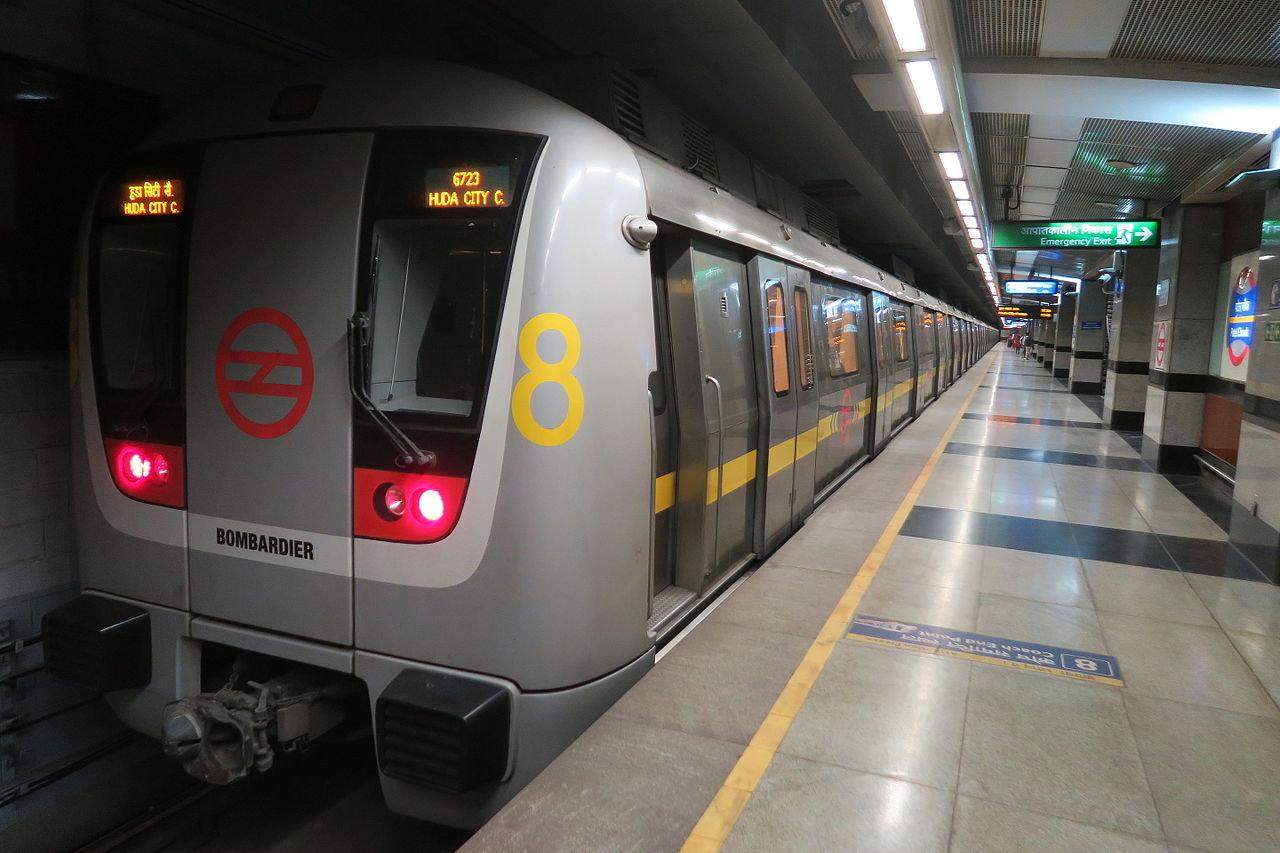 This 4 part series is an extract from ‘Leading with passion’ workshop – a leadership development programme conducted for finance professionals from BDO, Mauritius. Not intended to be a deep dive, the objective was to give seasoned professionals, insights into the Indian landscape from a people and cultural perspective.

In the 90’s, liberalization had set the ball rolling on economic reforms after a long hiatus.  In the new millennium as knowledge based economies see an upsurge, India with its burgeoning middle class with high disposable incomes is now entering a phase of demographic dividend, where millennials would constitute majority of the workforce. Technology would definitely dominate and so would start-ups. Despite a growing number of start-ups packing up in the first few years, India has emerged as the second largest start-up base and Nasscom has forecast this number to reach 10,500 by 2020.

The startup landscape in the country is becoming the epitome of innovation, with companies bringing out solutions that are aimed at solving locally relevant issues. Nasscom believes that the contribution by startups have been growing at a rapid rate and the landscape has a huge potential in terms of business stability, revenue growth and further innovation.

Are there rules to follow or break ? Trends to ride on or keep away? This 3 part series takes you on quick tour of what it means to do business in an emergent India that is on the upsurge.

First, a quick look at India’s economic bulwark. Having maintained a consistent GDP growth rate averaging 7% since the last two decades, India is one of the fastest growing major economies along with China. This year India surpassed the GDP of its colonizer much ahead of the projected 2020 coming in 5th behind US, China, Japan & Germany. That being said, we are still miles away from an equally attractive per capita income and in terms of quality of life of the citizens per capita income is a better predictor than the GDP.

Like all knowledge based economies, services sector in India accounts for roughly half the GDP. Make in India and Skill India are some concerted steps in the right direction to fill the gap. In light of the protectionist regimes sprouting up across the globe, manufacturing, would be a key growth engine for an emerging India. The Government’s targeting an  increase in  manufacturing output to 25 % of Gross Domestic Product (GDP) by 2025, from the current 16 %.

The story of growth would be incomplete without a mention of India’s FDI policy. The increase in the upper limit on Foreign Direct Investment from 26% to 49% in insurance and 25 other sectors has boosted the sector quite significantly.

Investments have been pouring in from global giants like Siemens, Boeing, GE and most recently Apple, Coca-Cola, Panasonic, Airbus, Huawei who either independently or through bilateral programmes are setting up manufacturing plants.

Even as General Motors threw in the towel in India, they would continue assembling and focus on its technology centre in Bangalore. No surprises then that Foreign Direct Investment (FDI) inflows in India’s manufacturing sector grew by 82 per cent to US$ 16.13 billion during April-November 2016. 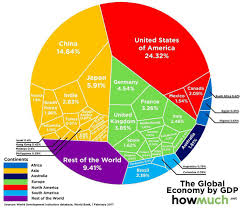 How does the changing economic climate impact people management. As the world shrinks rapidly, what are some of the key challenges that leaders face. Let’s explore that in some more detail in the next part of this series, Globalization & Cultural Contexts

With Global developments set to balance the immigrant rush of the 80’s & 90’s and potentially threatening to reverse the flow, what are some of the questions that the government, thought leaders and the nation need to think through.